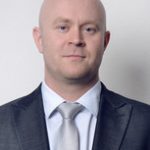 Kamil Podroužek graduated in 2000 from the Law School of the Masaryk University where, from 2002 to 2003, he also undertook his doctoral study in which he focused on the procedural requirements for civil proceedings. Kamil Podroužek acquired legal practice skills while working for one of the biggest Czech law firms and, later, for one of the leading law firms in Hradec Králové. In 2003, he set up his own legal practice. Kamil Podroužek has provided legal services primarily to entities operating in engineering, civil engineering, automotive and metallurgical industries.

Currently, Kamil Podroužek specialises mainly in contract law, copyright law, industrial property law, unfair competition law and criminal law with focus on economic crime. One of Kamil Podroužekʼs key specialisations is representing clients before judicial and arbitration bodies of the Czech Republic, including defence in criminal proceedings. Worth mentioning in this context is his involvement in disputes, conducted against state authorities as well as private entities, which had the value of several hundred millions of Czech crowns. These cases included disputes arising from contracts for work and public contracts, tax-related disputes and disputes in the field of medical law. Kamil Podroužek is an insolvency administrator and provides one-stop legal consultancy and services in relation to insolvency proceedings and insolvency resolution. He has obtained a special licence from the Czech Ministry of Justice, allowing him to perform the office of insolvency administrator of large businesses, including financial institutions.

Kamil Podroužek is an attorney-at-law and member of the Czech Bar Association. As well, he is a notified member of Česká insolvenční, v.o.s., a company operating as an insolvency administrator.