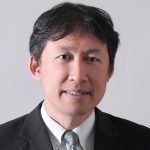 Randolph is a Director in our Dispute Resolution Department, and heads the dispute resolution practices of the Greater China, India and International Trade Desk and Private Client Services Group.

Randolph has been praised by legal publications and clients for being “especially experienced in China-related arbitrations, having advised numerous Chinese clients on high-stakes disputes, and acted as counsel in arbitrations held under CIETAC rules”; and as a “Leader of a ‘very accessible and efficient’ team, who is ’well versed in international arbitration, willing to listen and extremely business-oriented’.” (Chambers and Partners)

Randolph joined Drew & Napier in 1990 after graduating with academic prizes and topping the final examination and public international law course at the National University of Singapore.

Randolph has handled numerous matters. Here are just a few:

Acting as Counsel in CIETAC, UNCITRAL, ICC, SIAC, DIAC and other arbitrations in Singapore and abroad, in India and China.

Advised on arbitration and court actions for a mainland Chinese distributor and a South Korean franchisor, including an action in the Shenzhen Intermediate Court, successfully securing an extension of the franchise agreement.

Disputes between Indian investors in a Singapore-incorporated company having natural resource interests in Central Asia and Africa worth over US$25 million. Involved a High Court action in Singapore and arbitration in India.

Acted in a complex, multi-jurisdictional family asset dispute with claims to assets worth US$12 billion, involving a discharge of injunctive relief and asset-freezing orders in conjunction with civil proceedings abroad in Russia, Switzerland and the United States and related proceedings.

An arbitration between a power generation company and an Indian State power corporation relating to a proposed 220 MW-capacity land based coal fired power plant.

Acted for Chinese investors in litigation arising from investment agreements over a purchase of shares in a listed company in Singapore.

Acted as counsel in a CIETAC arbitration concerning disputes under a franchise distribution agreement.

Acted in a series of arbitrations involving Indonesian and American interests with respect to defective industrial machinery delivered to a plant in Indonesia.

A range of notable private client cases involving complex questions of law including forum non conveniens, lodgment of caveats, divisibility of gifts & inheritances, relocation from Singapore, enforcement of a separation deed and divisibility of inter-spousal gifts.

“Leader of a ‘very accessible and efficient’ team, who is ’well versed in international arbitration, willing to listen and extremely business-oriented’.”

“Randolph Khoo of Drew & Napier LLC in Singapore heads the firm’s Greater China dispute resolution team and regularly represents Chinese clients in disputes administered under CIETAC and other institutional rules. He attracts particular praise for his depth of research and mastery of complex documentation.”