POSSIBLE IMPACT OF HARYANA STATE EMPLOYMENT OF LOCAL CANDIDATES ACT, 2020 BEING MADE EFFECTIVE

Since effective date of the Act had not been notified, the Haryana Government has recently issued a notification No. Lab/25467/2021 dated November 06, 2021 and specified January 15, 2022 as enforcement date for the Act. Vide another notification No. Lab./25478/2021 issued on the same date, the Governor of Haryana has notified ₹ 30,000/- (Thirty thousand rupees) as gross monthly salary or wages for the registration by a beneficiary (local candidate as explained below) under the Act.

As per the objects of the Act, it has been enacted to provide seventy-five percent (75%) employment to ‘local candidates’ by an employer in the State of Haryana.

Significant provisions of the Act are as under:

(2) Applicability: This Act applies to an ‘employer’ being a Company, Society, Trust, Limited Liability Partnership (LLP) firms, Partnership firm and any person employing ten (10) or more persons, etc., on salary, wages or other remuneration excluding any Central or State government or an organization owned by Central or State government. Such an employer could be engaged in the activity of manufacturing or providing any service or be any such entity, as may be notified by the Government from time to time.

(3) Compulsory Registration: On and from the date of commencement of the Act, every employer is required to register such employees receiving gross monthly salary or wages not more than ₹ 30,000/- (Thirty thousand rupees) (USD 400 approx.) on the designated portal available on the official website of Labour Department, Haryana namely Haryana Udhyam Memorandum portal. An employer will have to update all employment details within three (3) months of this Act coming into force. The proviso

to this Section mentions that no person shall be employed or engaged by any employer till the registration of all such employees is completed on the designated portal.

5) ‘Local Candidate’: means a candidate who is ‘domiciled’ in the State of Haryana.

(7) Compliance Requirements: Every employer is required to furnish a quarterly report, by such date, as may be notified by the Government in the Official Gazette, of the local candidates employed and appointed during that quarter on the designated portal in such form, as may be prescribed.

The Act provides the definition of Authorized Officers, who will have the power to examine quarterly reports of employers, call for any record, information, or document for verification and pass orders for compliance with the Act. Such Authorized Officers will also have the power to enter an employer’s premises at mutually acceptable times to conduct inspection to ascertain compliance of the Act.

Significantly, if an offence has been committed by a company, every director, manager, secretary or person concerned with the management of the company would be deemed guilty of the offence, unless he / she is able to prove that the offence in question was committed without his / her knowledge or consent.

The recent notifications issued on November 06, 2021 is significant as it confirms a definite date (January 15, 2021) from when the notification will become effective. The Haryana Government has now reduced the upper limit of gross monthly salary for jobs covered under the Act from ₹50,000 (approximately USD 666) to ₹30,000 (approximately USD 333) which could have been the result of feedback received from the corporates and chambers of commerce.

The Act, which is ‘domicile’ based job quota legislation, a path breaking development, as claimed by the State Government, to secure employment for persons domiciled in State of Haryana, in private sector companies, etc., is an old concept as similar initiatives had been introduced in some other Indian States in the past.

While the Act intends to extend the protection to persons ‘domiciled’ in the State of Haryana, it does not provide the definition of ‘domicile’. However, since State Government provides residence certificate, the condition give on the websites of the State of Haryana provides that to be eligible to claim a residence (domicile) certificate, a person should be born in Haryana or have lived there for at least fifteen (15) years. It has been reported that the State government has now revised this limit to five (5) years2.

It is well known that Haryana is a highly industrialised State in India having several automobile or automotive manufacturing entities as well as IT/ ITES entities operating therefrom. It is therefore clear that a large number of medium, small or micro sector establishments shall be impacted by the Act.

The Act is likely to add more complexities for the companies having operations in the State of Haryana and while companies would need to undertake registration only but later on they may be subjected to inspection by the authorized government officials, adding more burden of compliance with another statute.

It is, however, remain to be seen if the constitutional validity of the Act will be challenged before the High Court of Punjab and Haryana and how the relevant government officials will interpret the provisions of the Act.

Disclaimer: The contents of the above publication are based on understanding of applicable laws and updates in law, within the knowledge of authors. Readers should take steps to ascertain the current developments given the everyday changes that may be occurring in India on internationally on the subject covered hereinabove. These are personal views of authors and do not constitute a legal opinion, analysis or interpretation. This is an initiative to share developments in the world of law or as may be relevant for a reader. No reader should act on the basis of any statement made above without seeking professional and up-to-date legal advice. 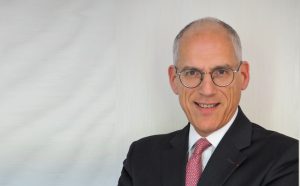 WLA announced that Mr. Alexander Blumrosen, founding partner of the Paris law firm Polaris Law, specialized in the litigation of international commercial business disputes (before courts and arbitration tribunals), will lead the WLA Global Arbitration & Mediation Group as its Chair. 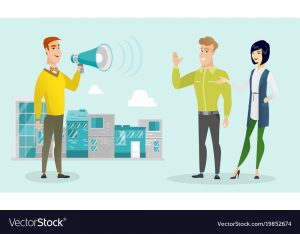 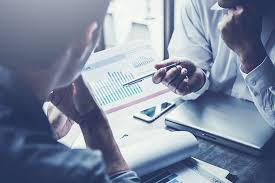 1) The price “talks”!: The price does not only allows having an income, but also determines: a profitability, and, in addition, it also transmits an image, a brand, and is a sign ofquality Therefore,

HON’BLE DELHI HIGH COURT The issue of representation of a client through Advocates1 before certain Courts in India such as labour Court, family court, consumer court, tribunals etc., has been

Send Us A Message

Reshaping the Business of Law.™