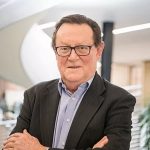 Austin Sammut is a graduate in law, history and economics of the University of Malta. He is a warranted advocate with the Maltese bar. He is also an accredited mediator with the Centre for Effective Dispute Resolution (CEDR) in London and has undergone extensive training with the Singapore Mediation Centre, providing an insight into the Asian market.

Austin Sammut practices as a legal advisor under the consultancy firm Austin Sammut Legal, which he established in 2019 after forty years as a partner, consultant and member with a number of leading law firms. He provides legal and corporate services to a range of clients in diverse areas. He has at his disposal an extensive network of local and foreign attorneys, enabling him to access a whole spectrum of specialized areas in the field of law.

Austin Sammut is a lecturer and examiner in law at the University of Malta and has been a contributor to international legal publications and has addressed a number of conferences and seminars in the international arena. His work as a journalist and a broadcaster at both within and outside Malta, having represented, among others, The Times (London ) and the BBC for many years, has greatly expanded his horizon and provided valuable contacts at an international level.

Austin Sammut has also gained experience in the diplomatic field, having served as Honorary Consul for the Portuguese Republic in Malta over a long period, as well as having been advisor to a number of foreign missions on the island. His service as chairman, director and company secretary on the boards of a number of high profile companies, in both the public and private sectors, has provided him with a valuable background for his legal practice, to which he continues to give priority.

Contributor and political analyst the Times of Malta, The Malta Independent, local and foreign radio and TV stations

Participation in international legal conferences, seminars and symposia both in Malta and abroad

Interviews and investigative stories “The Times” (London) and participation, support and assistance in the production of BBC documentaries