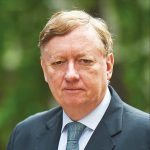 David Bateson is a leading international arbitrator who has acted in over 150 arbitrations in Africa, Asia, Europe, the Middle East and South America. He has acted as Chairman, party-appointed arbitrator, or sole arbitrator in arbitrations under the rules of the AA, AIAC, BANI, CIETAC, DIAC HKIAC, KCAB, ICC, KLRCA, LCIA, PCA, SIAC, TAI and VIAC, in ad hoc arbitrations, as a dispute board member, or as a mediator.

He has extensive experience in disputes in a variety of industry sectors including, construction, energy, resources, commodities, insurance, joint ventures, shareholder agreements and shipping.

In construction, energy and resources he has been involved in many of the largest projects in Asia region, and the Middle East. Asia Pacific Legal 500 and Chambers & Partners Asia have variously referred to him as “a pre-eminent construction practitioner” and “a big name with a strong reputation for construction –related litigation”. WWL Who’s who Legal Construction 2019 described him as “a standout with an excellent reputation”.

Chambers Asia variously described him as “pre-eminent and widely experienced”, “one of the top arbitrators in the region” “who is excellent at pretty much everything he is doing” “an accomplished arbitrator, who is getting more and more cases in Asia, and worldwide”. “writes a very good award” “well able to control an arbitration”, “culturally sensitive” and “an excellent arbitrator of big infrastructure cases and very user friendly.”

Asia Pacific Legal 500 stated that David is “one of the top arbitrators in the region”. In recent editions of Global Counsel 3000, Who’s Who of Commercial Arbitration, Chambers Asia, PLC Which Lawyer and Asia Pacific Legal 500, David was named as a leading arbitrator and an expert in commercial arbitration, commercial litigation and construction. He is listed in Chambers Asia Most in Demand Arbitrators (Tier 1 in Singapore).

He has over 40 years of legal experience and is a specialist in all forms of dispute resolution including arbitration, litigation and alternative dispute resolution. He has been resident in Asia since1980 and before that he lived in Africa, Fiji and New Zealand. He is now based in Singapore.

David is very experienced in conducting mediations as mediator. HK was at the forefront of alternative dispute resolution in Asia, and consequently David has deep experience in this area. He is listed in Who’s Who of Mediation. He has also contributed to books on this area.