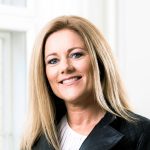 I specialize in all counseling within family and inheritance. Has taught a lot within the subject – eg. on Kbh. University, law school and judicial training and now teach only lawyers in the topics.

I take care of the full case regarding a separation / divorce. Ie both the financial part and cases of children. In the children’s cases, it is the whole thing about both child support, children’s residence, custody and socializing that I can help with.

I have been appointed a resident at the court in Hillerød and thus handle a number of complicated divisions. I am thus experienced in divorce and thus sharing with larger company complexes, pensions, tax law issues, etc.

For many years I have been an authorized trustee at the court in Hillerød and have thus had and still have many estates – both private shifts and estate agents. There are many things to consider in connection with a place of death. First, it must be decided how the estate is treated and then to be placed in the proclamation, made opening status, tax return, borrower etc. It can be nice to have an experience with the estate lawyer in the process.

I make many wills that ensure that the legacy of you is distributed exactly as you wish; It may be the actual distribution that is regulated or provisions that your heirs’ inheritance must be distinctive.

It is particularly important for unmarried people, and for married people with your and my children, that will be made in time, but also spouses with common children, can benefit from a will.

Marriage agreement is the document that regulates how you and your spouse distribute your assets, both in case of a possible. separation / divorce and at death.

I cooperate with the Good Testament. The Good Testament is a collaboration of 33 charities that have come together to make it easier for you to consider charity. At www.detgodetestamente.dk you can get inspiration and knowledge as well as read about the possibility of getting subsidies for the creation of the will.

I am a trained mediator and conduct mediations where the parties themselves find a solution to their conflict. I do this both out-of-court and as a judge at the Eastern District Court.

I have a client bank account at Jyske Bank.