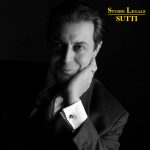 “In 1980 he started working as a paralegal for Studio Legale Sutti, one of the largest independent Italian law firms and the only large Italian firm with a strong focus on contentious and para-contentious work, which was founded in 1953 by Angelo Sutti, knight of the Italian Republic, in turn one of the top Italian litigators of his generation. An associate since 1984, Stefano Sutti became partner in 1989 and then managing partner in 1992, and promoted the establishment of the firm’s offices in London, Tokyo and Sofia.

His specialty is, and has always been, international disputes and complex corporate cases (especially M&A-related). However, recently Dr Sutti has been requested, often by domestic and foreign colleagues on behalf of their clients, to assist and to plead, in Italian, English and French, in all kinds of litigation, arbitration and mediation, namely in civil, commercial and criminal courts; in appeals; before tax, antitrust and trade authorities; before administrative, regulatory and disciplinary tribunals; and in mock trials for demonstrative or educational purposes.

A number of high-profile matters dealt with by Stefano Sutti that have obtained widespread media coverage have also involved the hi-tech sector. His reputation in this field was further confirmed a few years ago by the invitation to represent Italy in the EU Commission’s European Information Technology Conference 1996 in Brussels, where he participated in a successful demonstrative trial entitled Trading in Cyberspace: The Legal Frontier.Stefano Sutti is regularly recommended among Italian leading counsel by most independent sources, including: the Dispute Resolution Contacts Handbook, the prestigious Guide to Foreign Law Firms edited by the American Bar Association, and in the litigation section of European Legal Experts.

Dr Sutti and his dispute resolution team within Studio Legale Sutti are also consistently mentioned in Global Counsel 3000, Legal 500 in Europe, and the IFLR 1000, and were the official contributor for Italy to the International Law Office Arbitration Newsletter.

Besides his participation to the work of the relevant committees of AIJA, UAE, IBA and IPBA, Stefano Sutti is a professor of international litigation at the University of Padua, one of the oldest law schools in the world, is a member of the editorial board of The European Lawyer, and is the author of a large number of articles and essays, many of which deal with various aspects of civil litigation in Italy, trial and appeal strategy, comparative procedural law, and cybercrime.In spite of his substantial caseload, Dr Sutti also plays an active role in Studio Legale Sutti’s continuing education programmes aimed at developing the litigation and advocacy skills of its members (some of whom hold in turn academic positions in the fields of civil and criminal procedure).

These programmes include discussing subjects ranging from the Harvard risk tree analysis to Myamoto Musashi’s Book of the Five Rings, from neuro-linguistic programming to rhetoric to strategy to the theory of games.”