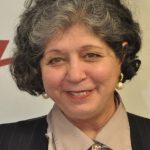 Katherine is an internationally and nationally accredited mediator, serving on various mediation panels including the International Mediation Institute (IMI), Papua New Guinea Supreme Court (PNG), and the Supreme Court of NSW. She is a barrister of the NSW Bar since 1993, a retired counselling, organisational and community psychologist in private practice from 1984 to 2017; and a trainer/assessor of mediators since 2000.

Katherine was appointed as a mediator to the Workers Compensation Commission of NSW (WCC) from its inception in 2001 until 1 March 2021 when it became the Personal Injury Commission (PIC) and has served on the Family Law Settlement Services Panel (FLSS) of the Federal Circuit Court of Australia from its inception until 2020 as a nationally accredited Family Dispute Resolution Practitioner (FDRP). She remains an accredited mediator on the Attorney General’s Panel as a Family Dispute Resolution Practitioner (FDRP) and works as a Guardian Ad Litem (GAL) for the Legal Department of Communities and Justice.

Katherine’s extensive practice in Psychology, Law and Education has led her to develop an interdisciplinary approach which could transform Dispute Resolution into an agent for social change. Her research culminated in a PhD in Law from Macquarie University in 2015 and her use of mediation as a process of social constructionism in action combines the insights from the field of Loss and grief in Psychology to the practical resolution of disputes in Law that empowers parties to constructively respond to their own crises/losses as a means of accessing their own social justice.

Katherine has been called a ‘prac-ademic’ because she attempts to constructively implement in her practice what theory teaches us academically and attempts to learn from practice what can be generalised as a grounded researcher to become academic knowledge.

1993: Admitted as a Barrister under Legal Profession Act 1987