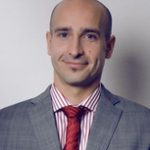 Petr Moník completed his study at the Law School of the University of West Bohemia in 2000. Subsequently, he undertook a foreign post-graduate programme at the London Metropolitan University in Great Britain where he received the degree Master of Laws (LL.M.) with Merit. He acquired his legal practice skills in one of the largest Czech law firms in Prague and, later, in a Prague branch of one of the largest international law firms globally (Allen & Overy, Prague).

Among others, Petr Moník has provided legal advice on a merger of a leading Czech dairy company, the financing of a developer group; the acquisition of a catering company operating at the Prague Airport, a legal audit for the purpose of a retail chain sale, a legal audit and subsequent implementation of greenfield projects of Korean and U.S. investors, joint administration and collection of a health facility’s claims. Currently, Petr Moník specialises primarily in company law, contract law and public procurement, and provides legal advice on international relationships. He speaks Czech and English fluently.

Petr Moník is an attorney-at-law and member of the Czech Bar Association.