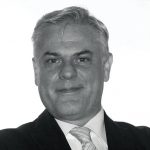 Gürcan Önol joined T.R. Prime Ministry State Planning Organization in 1993, where he was appointed in various positions for 10 years; later he has worked as Corporate Affairs and Law Manager in Japan Tobacco International (JTI) for three years.

After three years of assignment in Tesco Kipa company respectively as Corporate Affairs and Law Director, Company General Secretary and later Executive and Board Member, he was appointed as General Counsel in Marsan Marmara Holding. After working as a self-employed lawyer for 10 years, he joined MGC Legal as a Partner.

He lived in Switzerland for seven years and in USA for two years. Gürcan Önal is a member of Istanbul Bar.