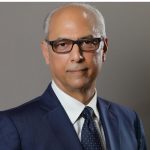 He was the Legal Counsel to the Executive Branch (2016-2020), Ambassador of the Dominican Republic to the United States (2004-2009) and Permanent Representative of the Dominican Republic to the Organization of American States (OAS) (1996-2000). In his professional career he has combined the private practice of law, academia, national and international consulting and public service. He has worked both in his private practice and from the public service in the preparation of draft legislation, regulations, international agreements and reports on relevant legal issues. He was a member of the commission of jurists appointed by the Executive Power to prepare the draft text that served as the basis for the 2010 Constitution, as well as of the commission of jurists appointed to draft a set of laws mandated by said Constitution. His main areas of practice are constitutional law, administrative law, regulatory law, public-private partnerships, corporate governance, international trade, government affairs, and alternative dispute resolution.