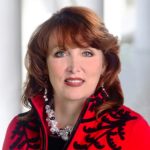 Adrienne Braumiller is the founder of Braumiller Law Group PLLC and an innovative force in the international trade law arena. With more than 25 years of experience, she is widely recognized as a leading authority in Customs, import, export, foreign-trade zones, free trade agreements and ITAR compliance.

Adrienne has been involved in every aspect of import and export compliance, from developing compliance programs to conducting audits and assessments, representing clients who are under investigation, preparing and submitting voluntary disclosures, preparing and filing classification requests and licenses, analyzing whether specific transactions should be pursued, providing tailored training on specific import/export topics, addressing penalty assessments, and serving as an expert witness in a number of trade cases.

Adrienne is frequently published and most recently contributed a chapter on U.S. antidumping, anti-subsidy and safeguards in Chambers Global Practice Guides – International Trade 2018, a guide providing expert legal commentary on important developments in the most significant jurisdictions.

In addition, Adrienne has made presentations as a distinguished lecturer for such groups as the American Association of Exporters and Importers, the International Compliance Professionals Association, the American Conference Institute, the American Petroleum Institute, and the National Association of Foreign Trade Zones. She is also a frequent speaker at government-sponsored events, such as the Department of Energy’s International Nonproliferation Export Control Program (INECP), which hosts industry/government seminars on strategic trade management in various countries around the world.

Over the last few years, both Adrienne and her firm have received numerous awards in recognition of her/ the firm’s leadership and its dedication to excellence.

Adrienne has held numerous leadership roles over the years, including serving as the President of the Organization of Women in International Trade at both the local and national levels. She has also held pivotal roles on various international and Customs law committees within local, state and national bar associations. Currently, she is the firm’s representative to the Association of Trade Compliance Professionals (ATCP), as Braumiller Law Group is one of the only law firms in the country selected to co-sponsor ATCP’s various activities. She is also a member of the following organizations: Association of European Attorneys (AEA), American Association of Importers and Exporters (AAEI), American Bar Association (ABA), Dallas Council on Foreign Relations (DCFR), Customs and International Trade Bar Association (CITBA), the National Association of Foreign Trade Zones (NAFTZ) and the National Customs Brokers and Forwarders Association of America (NCBFAA).

Adrienne received her L.L.M. in International Business Transactions from McGeorge School of Law (Sacramento, California) and earned her J.D. at St. Mary’s University (San Antonio, Texas). She studied international law at the University of Salzburg (Salzburg, Austria) and at the University of Oxford, Queen’s College (Oxford, England). She is licensed to practice before the Supreme Court of Texas; the United States District Court of Texas for the Northern District; the Court of Appeals of the District of Columbia; and the United States Court of International Trade.